That would look great next to a Kenny Roberts version. What a pair that would make. I'm excited to see another RZ350 in the forum family. It needs a license plate that somehow says "MOSQUITO FOGGER", but I don't know how to fit it on a plate.


Sent from my iPhone using Tapatalk 2

Score.. I admit that I am rather jealous. I'm 6'5 so I can never own/ride one of those safely

Sweet! This will be a fun project! Priceline a truck rental for dirt money, fly up, load it in the truck and drive back to OKC.

Congrats Pete! w00t!!!! Gotta see some video of that ride in action when you are done!
M

What did I do

Here's a few more photos that I received today.

Nice score Pete! Nice thing about the F2 bikes is that they were more "refined" than say my 31k '84 model. Plus Yamaha changed some stuff along the way so upgrading is easier. For example you can bolt on better front calipers from a later model Yamaha FZR400, FZR1000, etc.

By the way I have a Fox shock that I can sell you. It may need a rebuild, but it doesn't leak and the remote reservoir still has a charge. I was going to use it, but then I bought the new Koni.
Last edited: Jun 24, 2013

Thanks Tony. Is there a forum you recommend?

Sent from my SAMSUNG-SGH-I747 using Tapatalk 2

Hellgate said:
Thanks Tony. Is there a forum you recommend?

Sent from my SAMSUNG-SGH-I747 using Tapatalk 2
Click to expand...

Best 2-stroke forum around for our bikes... 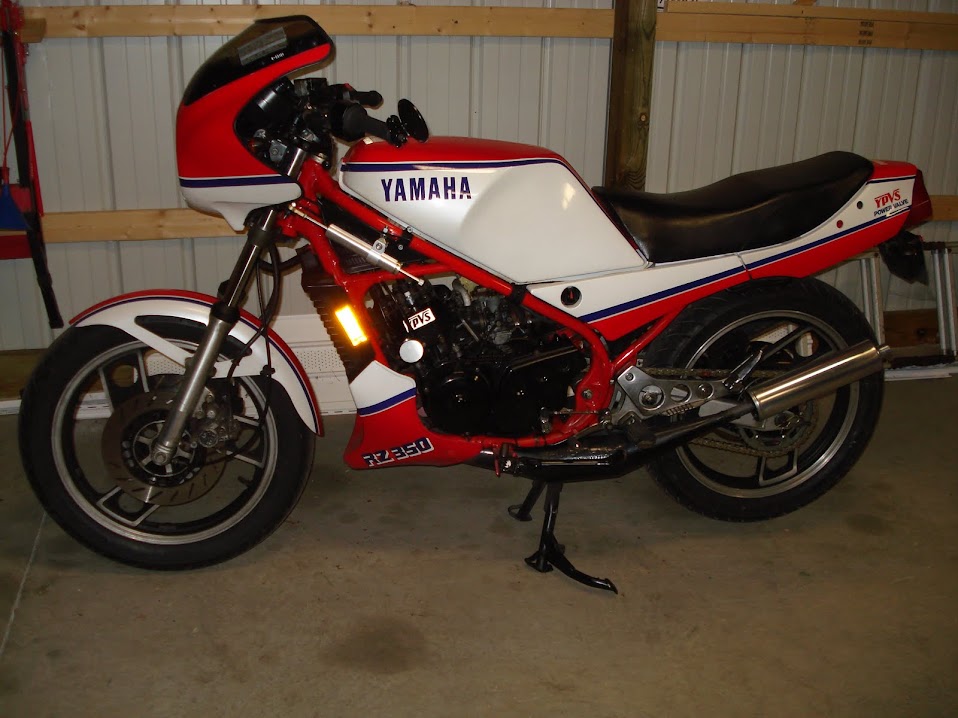 That was a nice looking RZ350 Craig...maybe it's time to start looking for another one

Know how you feel, that looks like my first RZ my Dad T bone a car with it. Hence I got a second RZ. Now I really want a third and another Motard 1st I must win Lotto!

Hellgate said:
Heard from the seller, the bike is across the border and locked up in the US!!!

Good to hear Pete! Hope it goes smoothly at the DMV

Oh sounds like you'll be ready to start tearing it apart when it arrives. I hope to get my chassis squared away by Friday and then I'll take the motor apart. Not sure what I am going to do with it yet, but I like your plan